This is a Sublime Text language definition and plugin for the MonkeyC language. MonkeyC is a Garmin-developed language for the ConnectIQ platform, that runs on many of their devices, like smart watches.

Once installed, you should go to Preferences > Package Settings > MonkeyC > Settings and put in the path to your Connect IQ SDK (download if you haven't already). And put in the path to your developer key. If you don't have a key and just want to generate one, you can use Tools > MonkeyC > Generate Developer Key (or “MonkeyC: Generate Developer Key” from the Command Palette) to have this plugin make one, and update your key path for you.

You can override these settings on a per-project basis, by having a top-level key (monkeyc) in your .sublime-project file (Project > Edit Project) that looks like this: 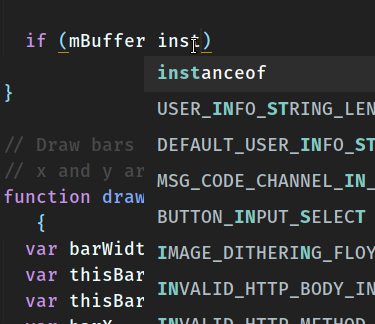 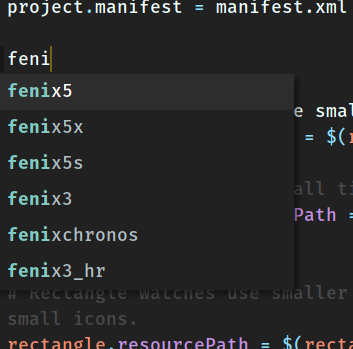 Building (when connected with the SDK)

If you wanted to customize any of these actions, or make them key-bindings, they are available as sublime commands:

Updates to include new packages in Connect IQ 3.0.0 (beta)

Updates to include (some? most?) language features as of SDK 2.4.4

Initial release, contains most language features as of SDK 1.2.5

This package is currently not supported on ST2, as it uses .sublime-syntax files, a new feature in ST3.

Please use the github issues page for this repo for requests, bugs, and before starting pull requests to plan work.

This repository and code are not affiliated with or supported by Garmin in any way. MonkeyC is a product and language developed by Garmin.