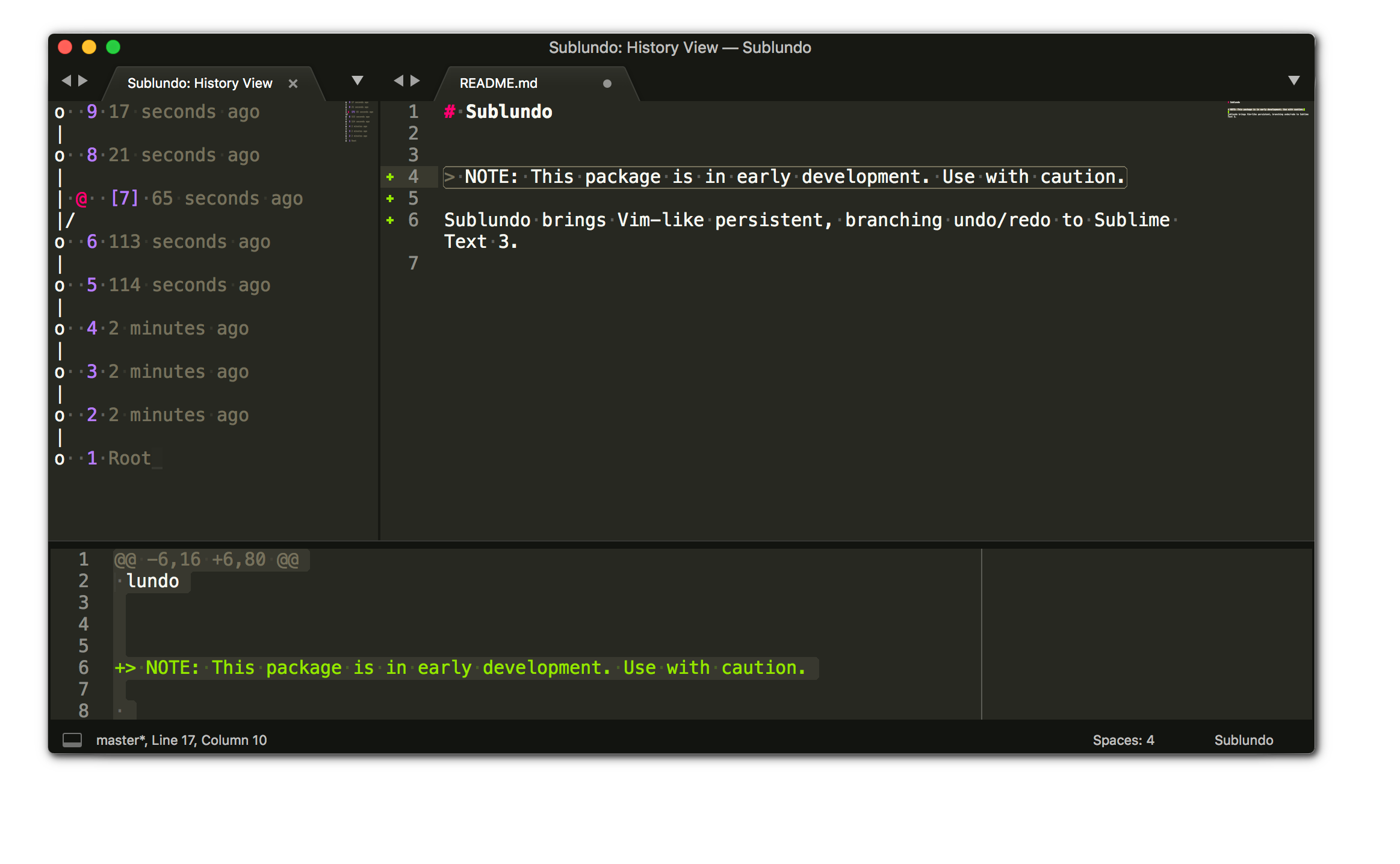 Sublundo brings Vim-like persistent, branching undo/redo to Sublime Text 3. It was inspired by Gundo (and its successor, Mundo).

However, since Sublime Text doesn't have native support for branching undo like Vim, we had to build our own data structure—the UndoTree. An UndoTree is an N-ary tree containing nodes that represent a particular buffer state: 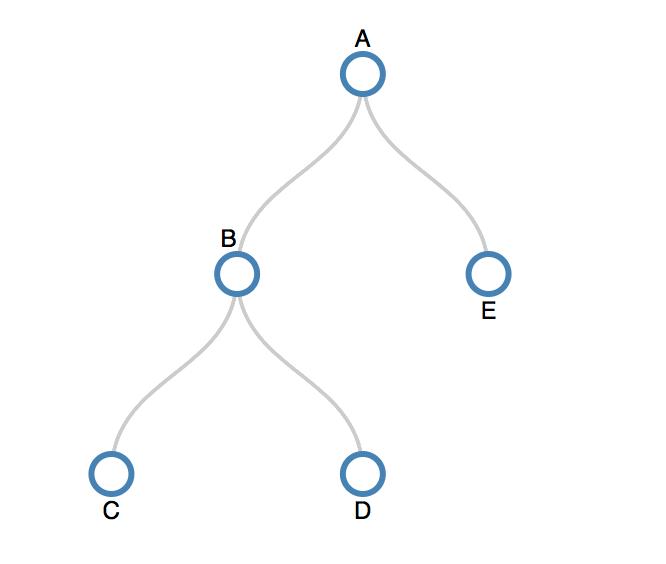 This package completely overrides the built-in undo and redo commands: whenever you undo or redo an edit, the sublundo command is run instead. So, you should be able to edit, undo, and redo text as you normally would.

When you want to either visualize or navigate the UndoTree, you invoke the Sublundo: Visualize command and then use the following keys to move around:

For information on the available settings, see the default settings file.