We have obtained ownership of the original repo and transferred it here. The original repo resided at ShawnMcCool/theme-dark-eight and credit goes to him for most of the work (as of August 2014).

I finally found a theme that I liked but it wasn't DARK enough. So, here I present Dark Eight.

Some aspects of it are a bit messy internally. But, it works perfectly as far as I can tell.

At some point in time I may clean up the theme internals.. or feel free to contribute. 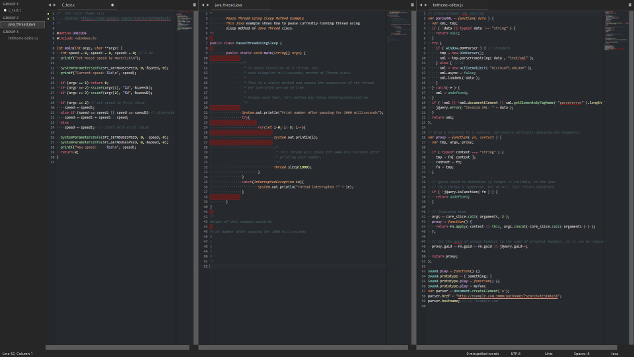 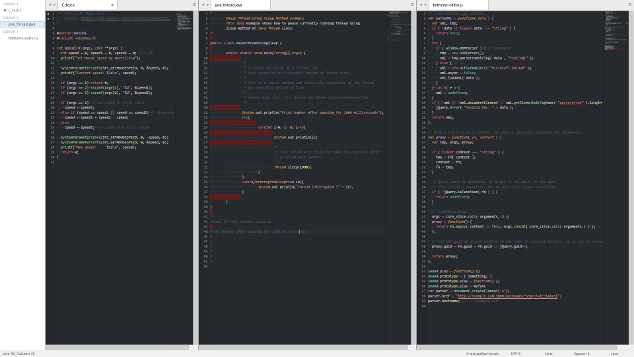 The syntax highlighting theme is our very own Pastel Paws. Available Here

Depending on which version of the theme you want, configure Sublime Text to use it by adding this line to your user settings file (PREFERENCES -> SETTINGS - USER):

Light version (re-make of Eight, since the source is mainly lost):

Based on the Eight theme by Andreas Westerlind which in turn was based on the Phoenix theme, which is in turn is based on the Soda Theme by Ian Hill (http://buymeasoda.com/)