Sublime Text Theme based on the Oblivion FUI from GMUNK

The structure for this is very closely based on the Phoenix Theme which is based off of Soda Dark.

v1.3.0 Started icons. - Just the basics. Mostly to get rid of that gross gap. 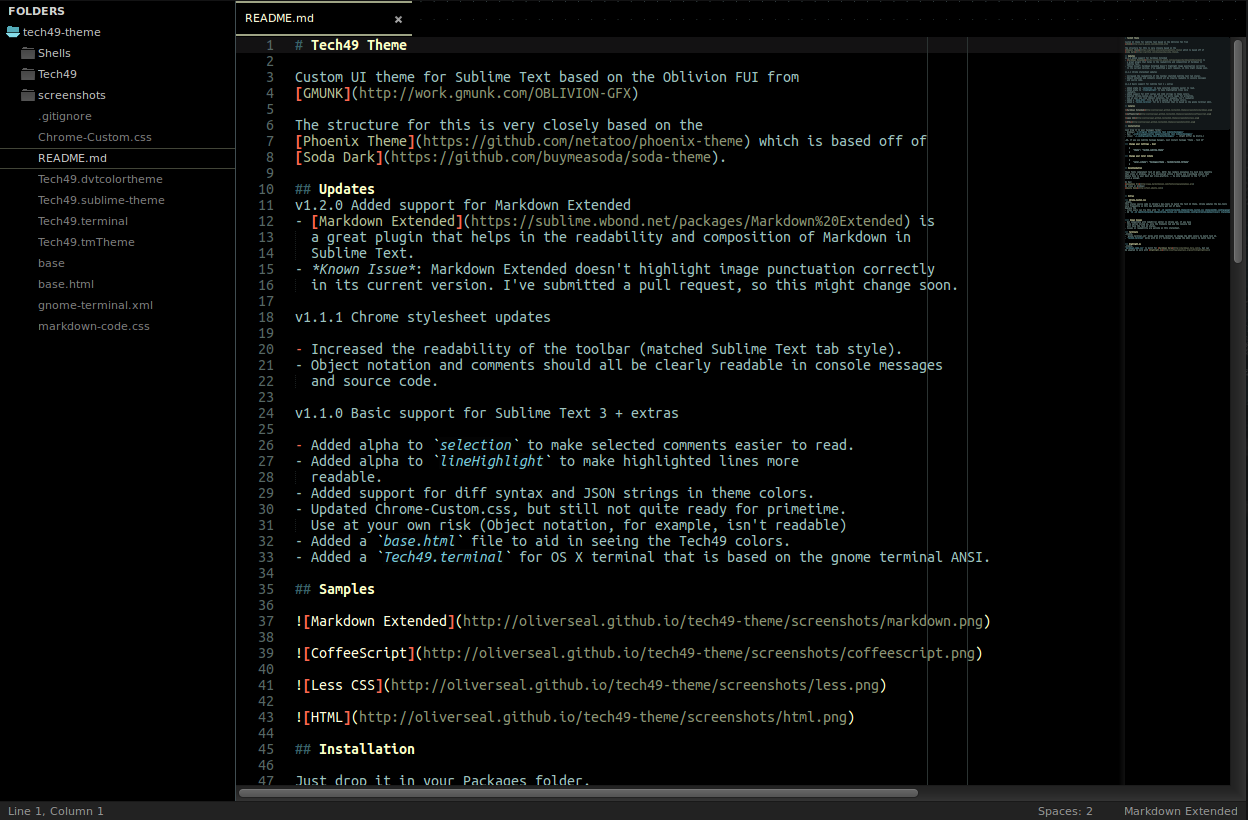 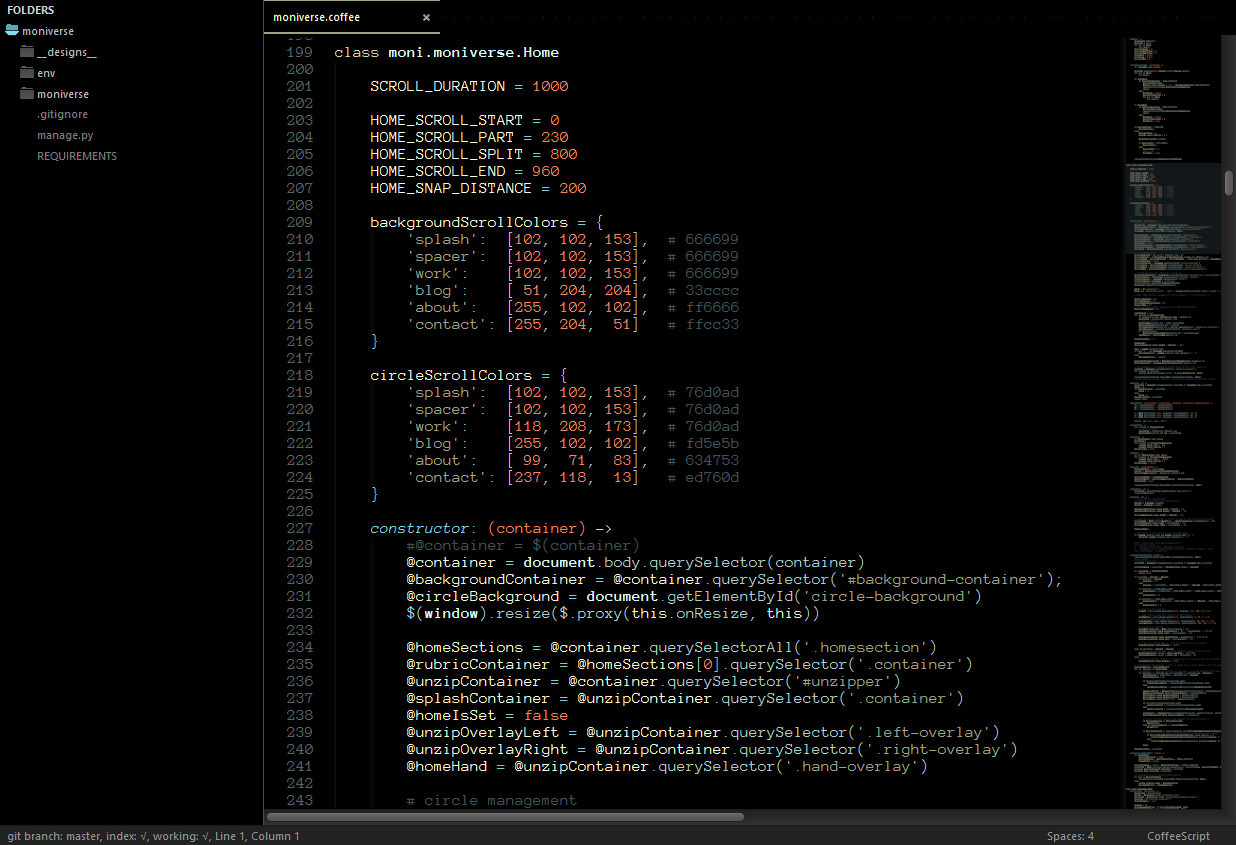 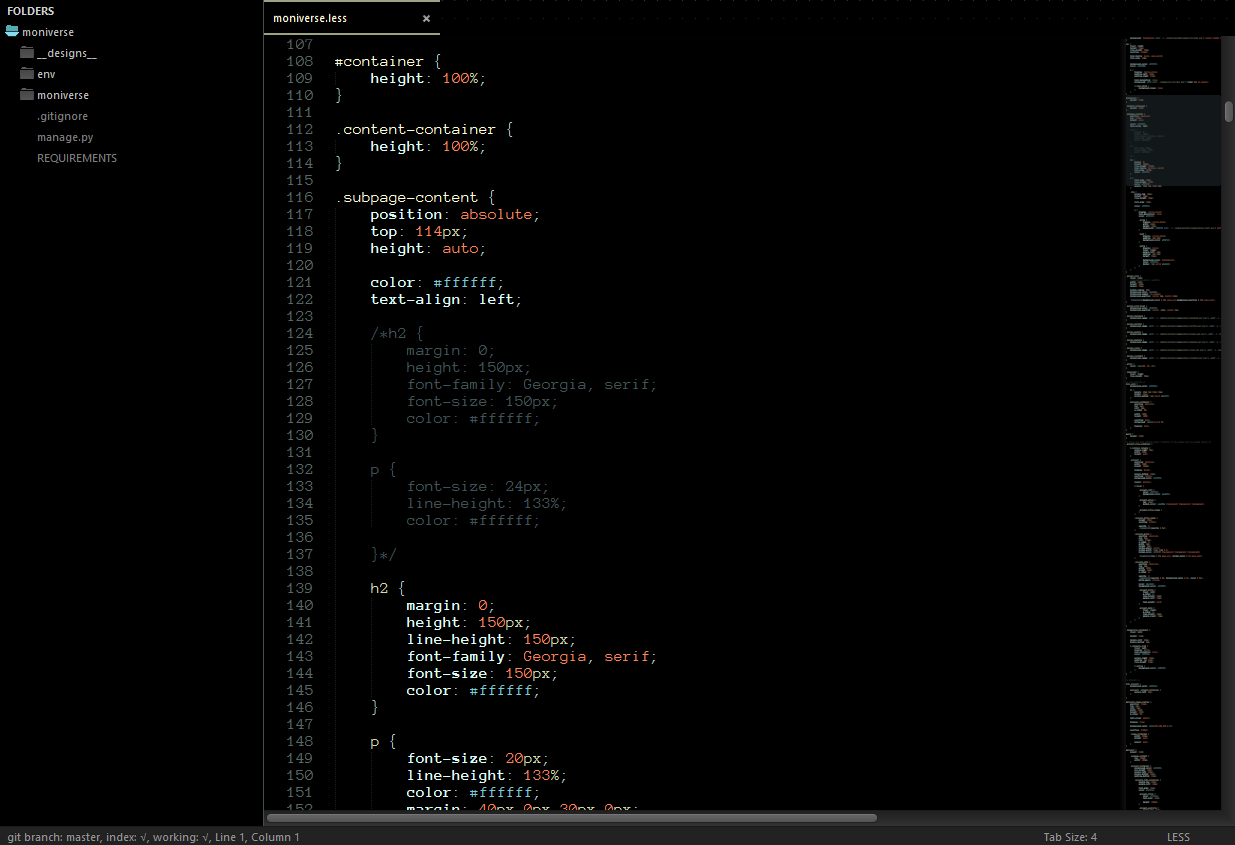 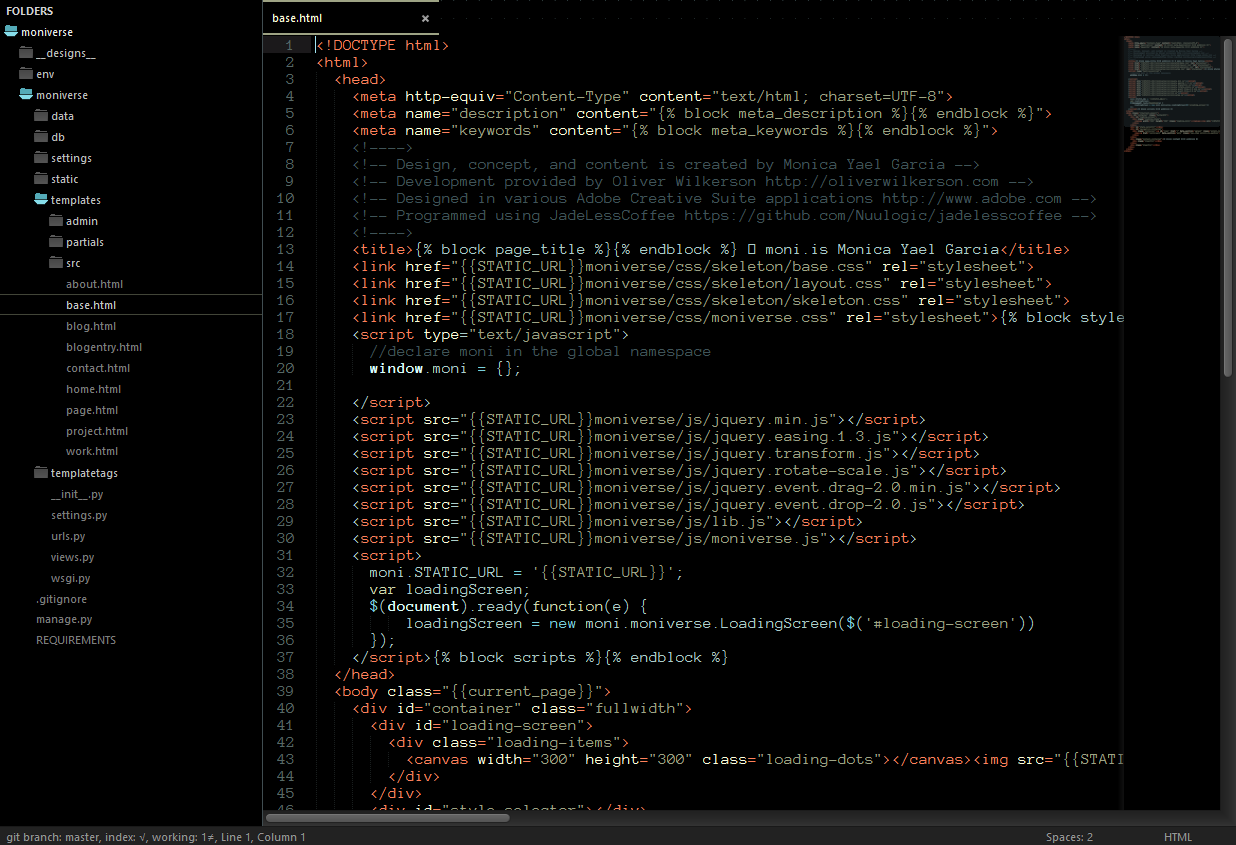 OR if you use Sublime Package Manager, just Install Package “Theme - Tech 49”

These fonts complement Tech 49 well. NOTE: Mac renders Anonymous Pro much more smoothly than Linux or Windows, so I've discovered (since I mostly use Crunchbang Linux) that Ubuntu Mono is your best bet cross-platform. – My only complaint is the “\” isn't slash-y enough.

On Mac: Anonymous Pro On Linux or Windows: Ubuntu Mono

Alpha This styles source code in Chrome's dev-tools to match the Tech 49 theme. Chrome updates the dev-tools very frequently so this may potentially get out of date. Replace the - Linux users can try this with ln -sf /path/to/tech49-theme/Chrome-Custom.css /home/$USER/.config/google-chrome/Default/User\ StyleSheets/Custom.css - OR ln -sf /path/to/tech49-theme/Chrome-Custom.css /home/$USER/.config/chromium/Default/User\ StyleSheets/Custom.css

Stable tech49.css is built for highlightjs. It's tested and works for most languages (though it could use some improvement) markdown-code.css is built for Markdown Here, but can be adapted to work with highlight.js