Requester is a modern, team-oriented HTTP client for Sublime Text 3 that combines features of apps like Postman, Paw and HTTPie with rock-solid usability and the secret sauce of Requests. 🌟

If you're looking for an HTTP client you should try Requester even if you've never used Sublime Text.

Open the interactive tutorial in Sublime Text! Look for Requester: Show Tutorial in the command palette.

Or, open a file and insert the following.

Place your cursor on one of the lines and hit ctrl+alt+r (ctrl+r on macOS). Or, look for Requester: Run Requests in the command palette shift+cmd+p and hit Enter. A response tab will appear, with a name like GET: /albums.

Head to the response tab and check out the response. Hit ctrl+alt+r or ctrl+r (ctrl+r or cmd+r on macOS) to replay the request. You can edit the request, which is at the top of the file, before replaying it.

Now, go back to the requester file and highlight all 5 lines, and once again execute the requests. Nice, huh?

Body, Query Params, and Headers are passed to requests as dictionaries. And for executing requests defined over multiple lines, you have two options:

Requester combines features from applications like Postman, Paw, Insomnia and HTTPie with the elegance and power of Requests and rock-solid UX of Sublime Text.

It also means Requester uses an extensively documented, battle-tested library famed for its beauty. If you don't know how to do something with Requester, there are thousands of blog posts, articles and answers on Stack Overflow that explain how to do it.

Apart from being feature-rich, Requester is built for speed and simplicity. I was a Postman user before writing Requester, and I got tired of, for example, having to click in 4 places to add or change an env var. With Requester you might have to move your cursor up a few lines.

Request navigation and history, which use Sublime Text's blistering fast fuzzy match, are especially powerful. Jump between requests and request groups in your requester file. Hop between open response tabs. Find the exact version of a request you executed a week ago. It's all lightning fast.

Need to share requests with someone who doesn't use Requester? Exporting your requests to cURL or HTTPie takes a few seconds. Ditto with importing requests from cURL, which means it's trivial to grab AJAX requests sent by your browser and pull them into Requester. 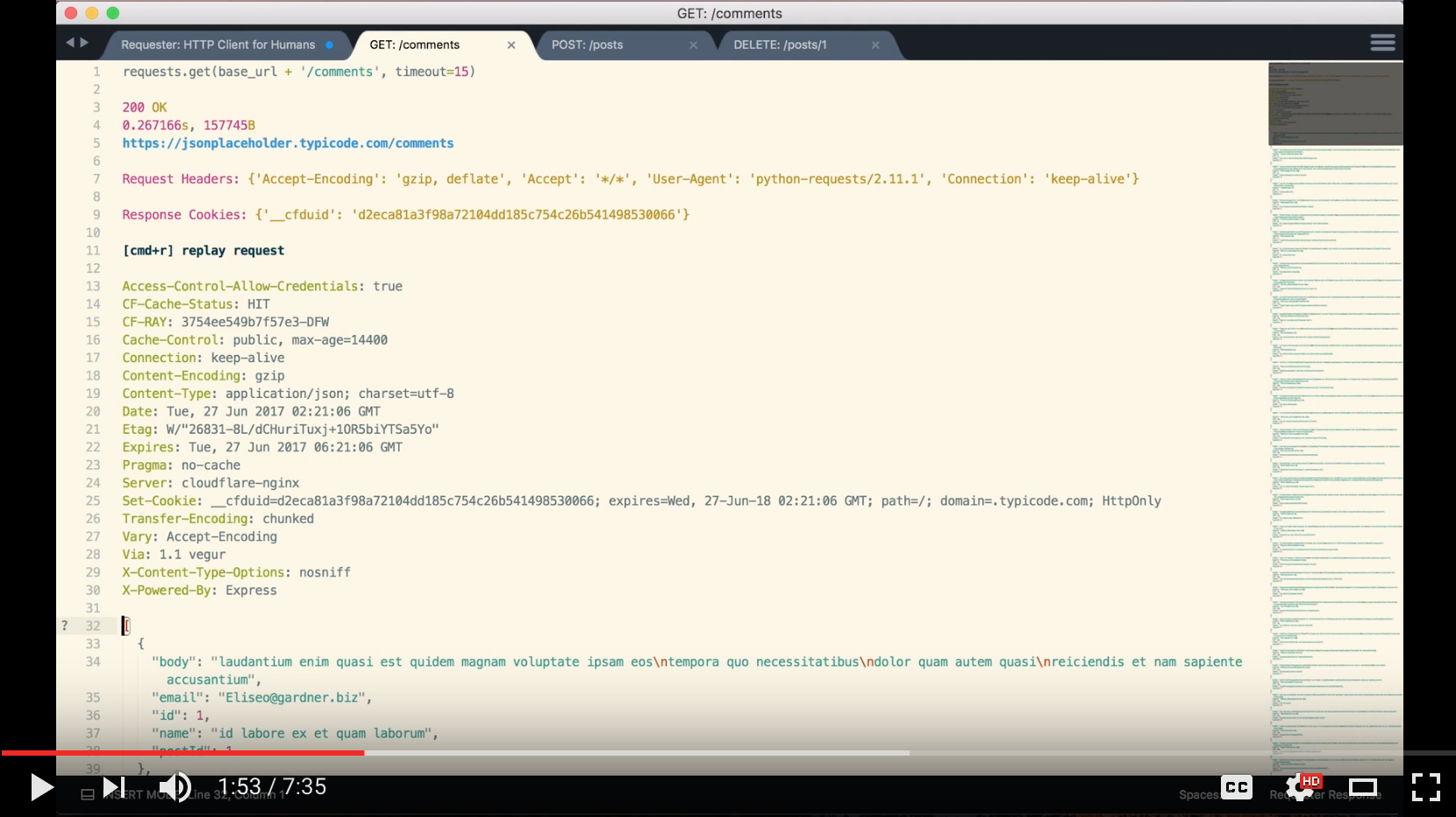