A Sublime Text package for the friendly interactive shell. It features a robust syntax highlighting scheme that mimics the native highlighting behaviour of fish.

The package currently supports up to fish version: 3.4

Note: ST3 support will cease in a future release. ST2 support is capped at fish 2.7 with a limited set of the following features.

Clone the repository to your Packages directory and rename it to fish.

Open a .fish file and verify the selected syntax is “Fish”.

As of release 3.0.0, a fish script (for example, fish-shell/share/functions/ls.fish) will look something like: 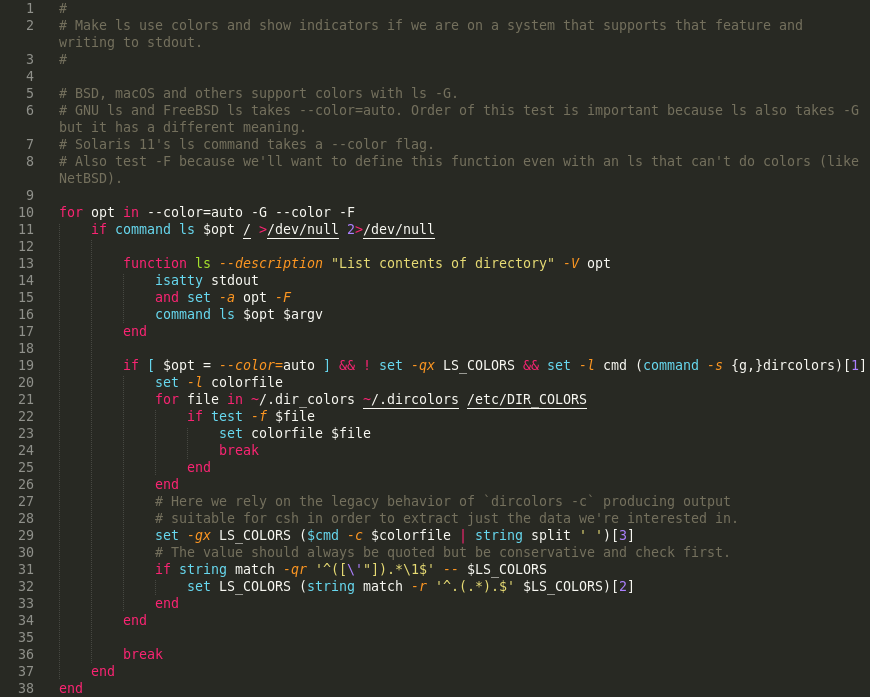 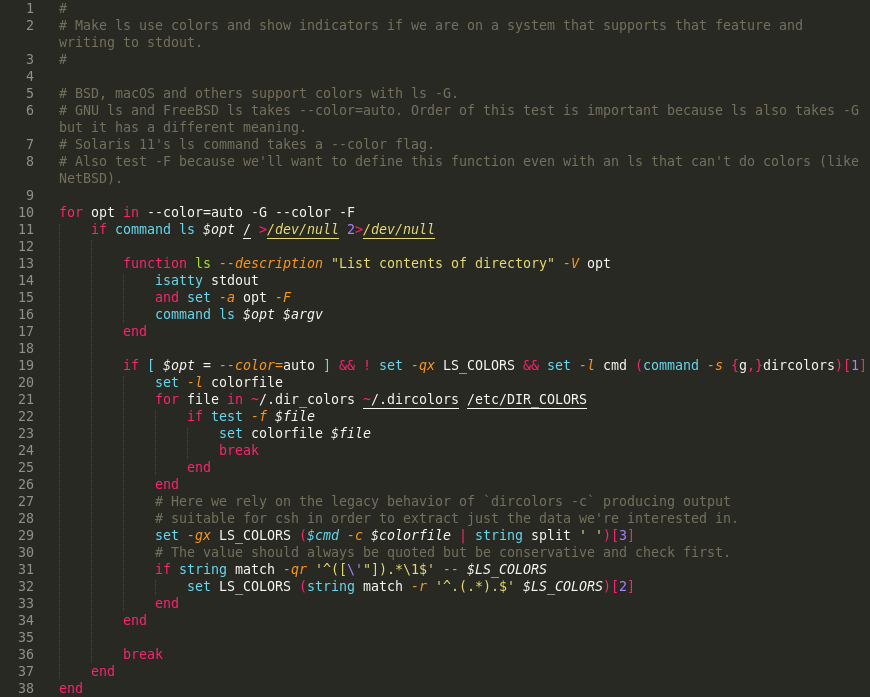 The particular fish major version supported by a tagged release is indicated by the version number:

ST2 development: The source file of the syntax is fish.YAML-tmLanguage. When editing this file, “compile” it with the PackageDev build system to automatically generate the fish.tmLanguage file which is used by Sublime Text 2.

ST3+ development: The source file of the syntax is fish.sublime-syntax.

Guide for contributing is located here.

The first Sublime Text fish syntax highlighter was by toru hamaguchi. When that project became unmaintained, @Phidica fully rewrote the schema and replaced the links on Package Control.