This linter plugin for SublimeLinter provides an interface to golangci-lint.

This linter plugin for SublimeLinter provides an interface to golangci-lint, a linter for Go (golang).

Note: The project was originally written by @alecthomas as an alternative to SublimeLinter-gometalinter, a linter plugin for gometalinter, both developed by the same person, and deprecated on Apr 7, 2019. The maintenance of the project was passed on to me on Mar 5, 2019 after I suggested some improvements to deal with some false positives in golangci-lint. 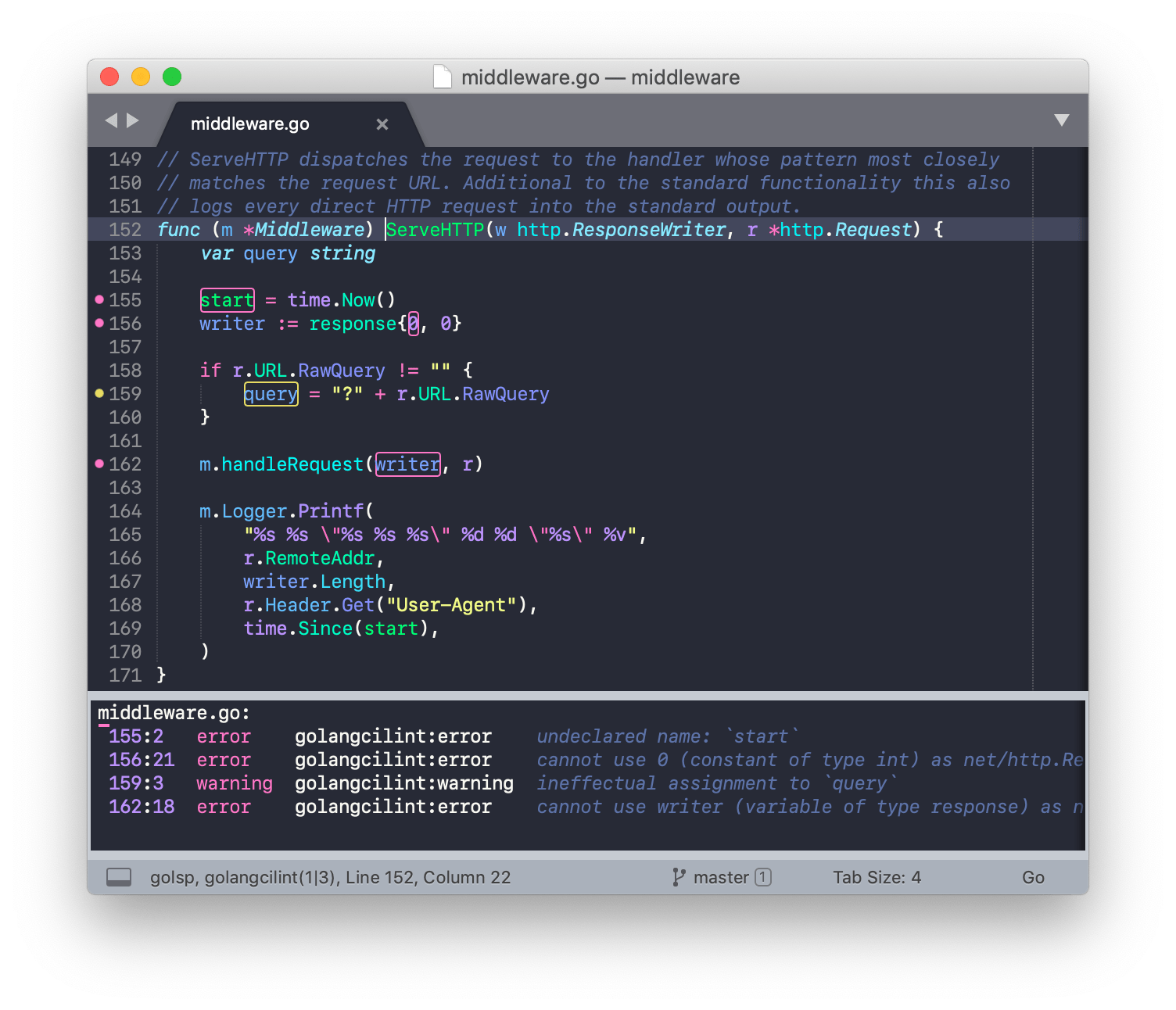 In order for golangci-lint to be executed by SublimeLinter, you must ensure that its path is available to SublimeLinter. Before going any further, please read and follow the steps in Finding a linter executable through “Validating your PATH” in the documentation. Once you have installed golangci-lint, you can proceed to install the plugin if it is not yet installed.

Due to the way that golangci-lint works, the linter will only run when saving a file, even if lint_mode is set to “background”.

Please use Package Control to install the linter plugin. This will ensure that the plugin will be updated when new versions are available. If you want to install from source so you can modify the source code, you probably know what you are doing so we won’t cover that here.

To install via Package Control, do the following: